Mick Jagger looking ever so dainty in an asphyxiating stocking


More yellow mellow than yer usual Rolling Stones album > and not every song’s a gem. But still plenty of good stuff here. 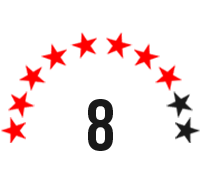 Star Star;  Angie; 100 Years Ago; Coming Down Again; Heartbreaker; Winter.
Well, it really is worth getting the whole album

THE Rolling Stones had entered the 1970s as the most powerful force in rock.

The Beatles had recently split and the Stones reputation was enhanced by their past four studio albums > the cream of the Stones crop and among the best rock albums by anyone ever.

The Goats Head Soup album artwork features band members with stockings over their heads > Mick Jagger looking like a girl on the front cover and Keith Richards like the devil on the back.

It’s a good album > a softer approach than the charged rock of previous album Exile on Main Street > but with many good songs.

Dancing with Mr D > as in the Devil > is more Halloween howler than a sequel to the menacing Sympathy for the Devil from the Stones’ Beggars Banquet album. A heavy guitar riff underlies a chorus of overdub vocals > but the song hardly stokes the fires of hell.

The guitar wah-wah pedal gets a working over on 100 Years Ago and Heartbreaker.

100 Years Ago builds through several changes of pace from ballad to funk jam and has a nice Mick Taylor lead guitar burst.

Doo Doo Doo Doo (Heartbreaker) is no doggy doo > criss-cross wah-wah guitars weaving around a solid beat as vocals wail in a tune of only two verses > one about a New York cop shooting a suspect dead in a case of mistaken identity; the other about a drugged up 10-year-old dying in an alley way.

The album’s best song and a top-notch Rolling Stones rock belter is Star Star,  better known as Starfucker > they just weren’t allowed to put that title on the album in many countries.

Starfucker drips in the excess of groupie sex as Keith Richards lays down a hot rolling rhythm. “Oh, do it again” Jagger screams in ecstasy.

The record company lawyers weren’t happy and the Rolling Stones even had to write to actor Steve McQueen to ask permission for his name to be used in the song > he didn’t mind.

Goat’s Head Soup also has one of the band’s best ballads, Angie > delicate acoustic guitars accompanied by a wounded vocal of a love that has come to an end.

Coming Down Again is also a strong ballad >this time the subject is coming down from a drug high and sung by the man who should know, Keith Richards.

It’s a beautiful vocal > before Richards’ voice turned into something of a cross between Bob Dylan and Tom Waits.

The bluesy Hide Your Love starts with a lumbering piano melody and the casual sound is enhanced by hand-clapping and a nice slice of  Mick Taylor guitar.

Pleasantly paced Winter ambles out of the deep thaw of a cold winter and looks forward to a summer of love.

Can You Hear the Music starts with an Arabic tinkering of bells and the like > but drifts fairly aimlessly. Mick Jagger seems to have given up on understanding women > “Love is a mystery; I can’t demystify, oh no.”

Silver Train also ends up going nowhere much and not even harmonica buried in the background can save it.

Yeah, I heard about you Polaroid’s
Now that’s what I call obscene
Your tricks with fruit was kind a cute
I bet you keep your pussy clean

Honey, I miss your two-tone kisses
Legs wrapped around me tight
If I ever get back to New York, girl
Gonna make you scream all night

The Rolling Stones guitarist had by now formed a full-on heroin habit.

Richards and family were renting a place in the Swiss mountains near Montereaux. When a friend cleaned out the retreat home after they vacated, he allegedly found 5000 used syringes stashed around the place.
> sourced from an article by Mark Blake in Mojo magazine

Keith Richards and partner Anita Pallenberg were busted during a raid on his home in London’s Cheyne Walk in mid-1973. Found were drugs, a Smith and Wesson revolver and a shortened shotgun. A friend by the name of Stash was also there and charged.

In October that year, with the Rollong Stones on a European tour, the couple and saxophonist Bobby Keys faced a French court on cannabis charges.

In their absence, all were convicted and copped fines and suspended sentences.

The London court case was heard soon after. Richards was fined on the drugs and arms charges and the charges against Pallenberg, except for the possession of 25 Mandrax tables, were dropped.

More yellow mellow than yer usual Rolling Stones album > and not every song’s a gem. But still plenty of good stuff here. 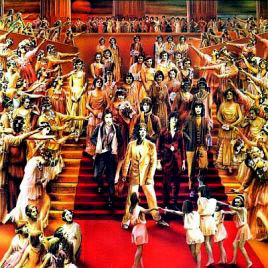 Solid rock, a hot soul song and soaring guitar solo from Mick Taylor are highlights. It’s Only Rock and Roll > but they sure can play it. 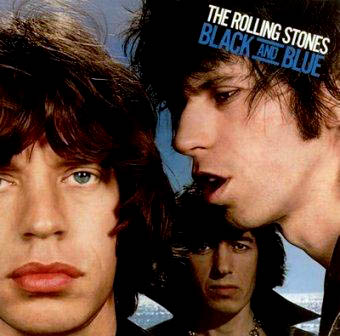 Four strong songs from the charged atmosphere of an intimate club gig. But little else here > despite flashes of flair > to really rock your boat.

As Keith Richards faces the prospect of years in jail, the Rolling Stones pull one out of the hat that gives punk rock the two-finger salute and houses a huge disco hit

Apart from the great title track > move along folks, there’s not much to hear here

You Can Start Me Up > and I’ll sometimes stop. Some good songs on a patchy Rolling Stones album.

Apart from Under My Thumb, you can shove this lot up yer bum 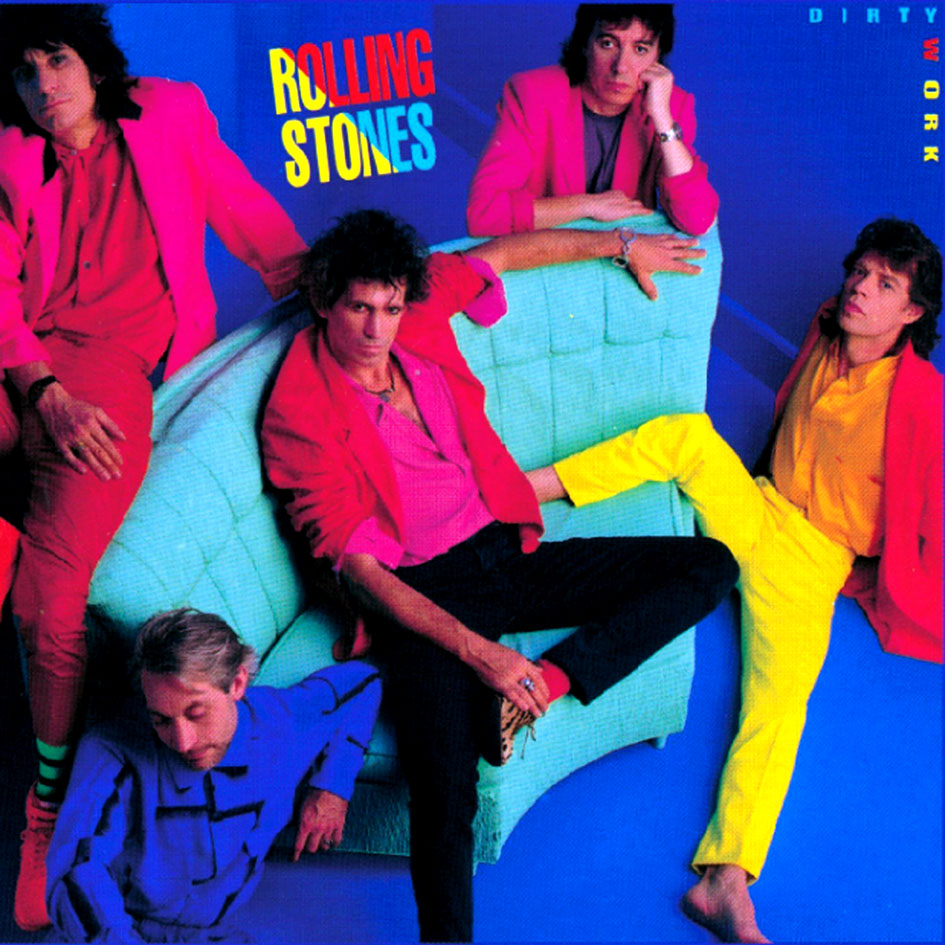 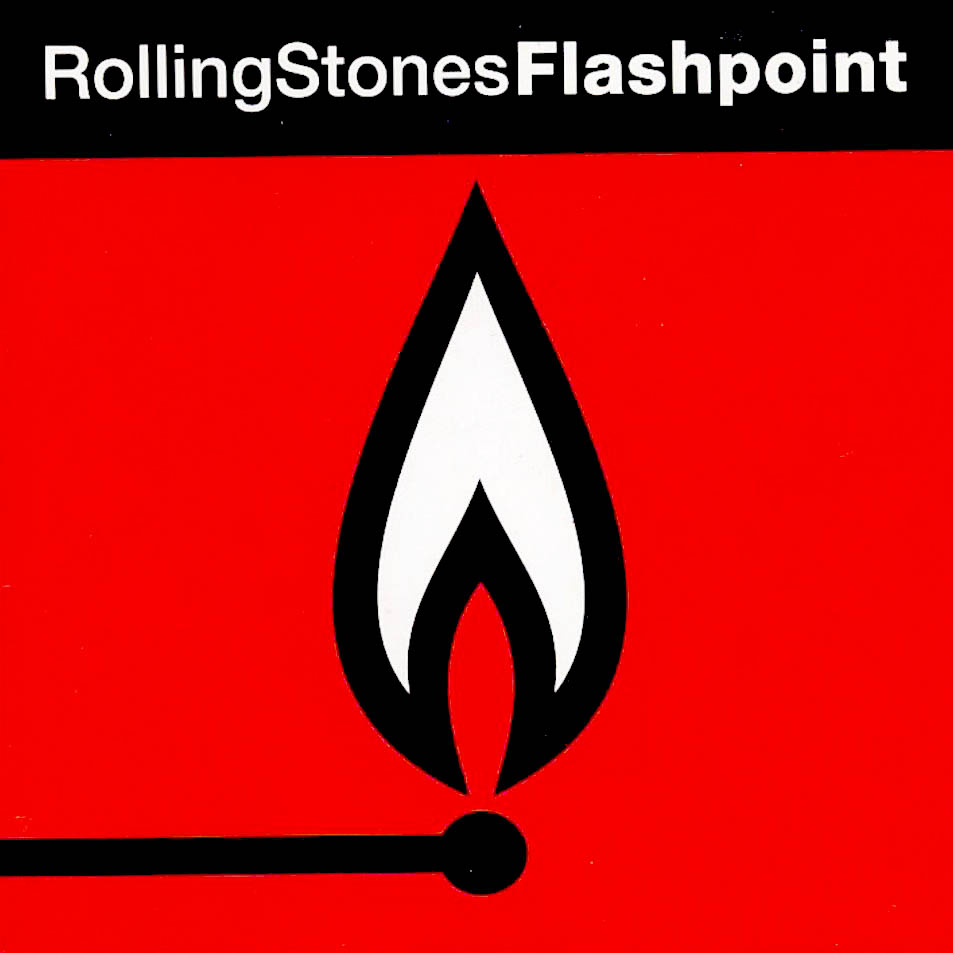 A couple of ballad/blues gems, one great guitar riff, but most of the rock numbers lack true grit 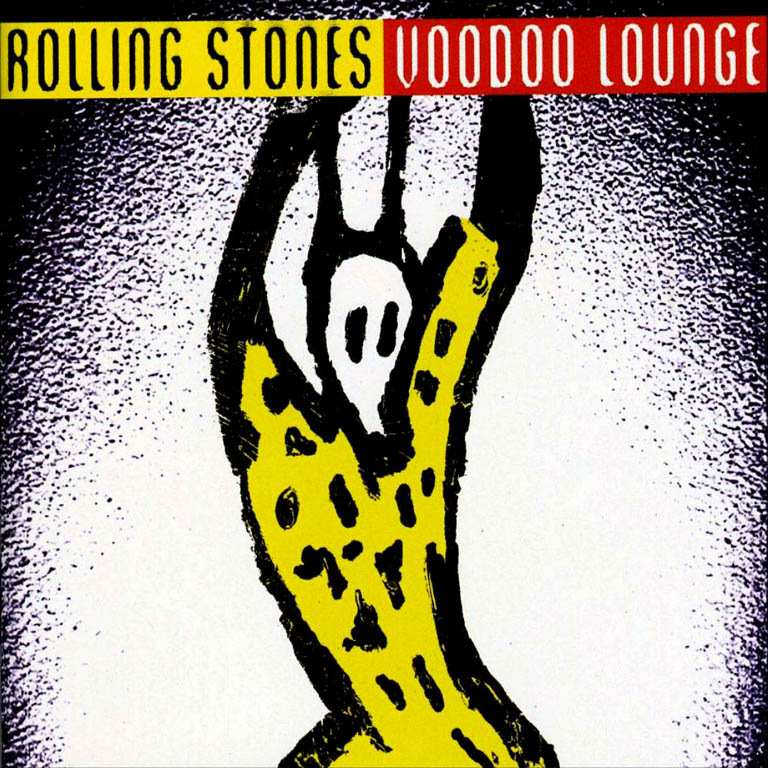 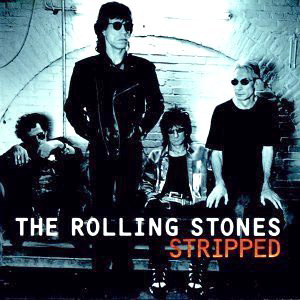 A crisp, rich semi-acoustic sound as the Rolling Stones tone it down and display their great musicianship 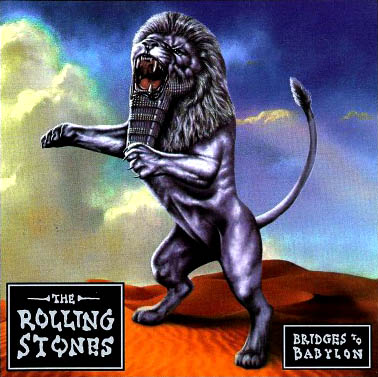 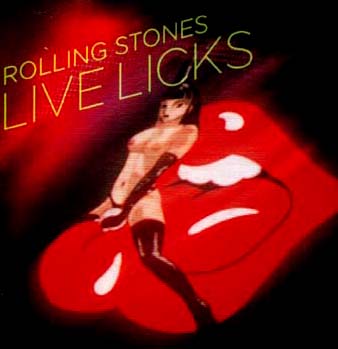 Why are the Rolling Stones the greatest live rock and roll band in the world > the proof’s right here. A few songs fail to excite > but the many good ones are great. 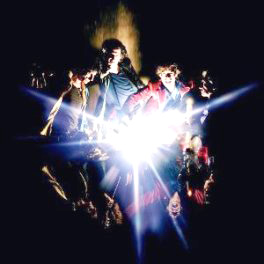 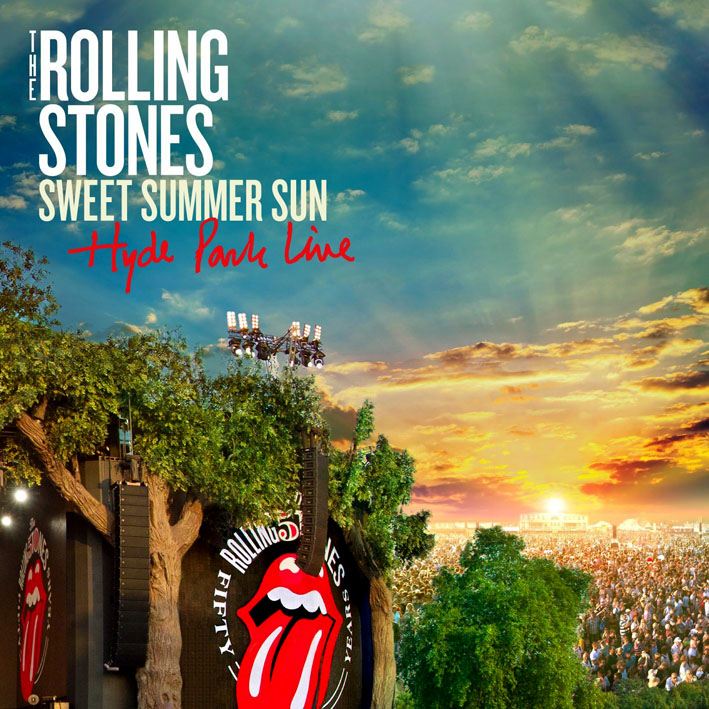 Ho hum, another Rolling Stones live album > and nowhere near a great one.

Yeah, I’m feeling Blue And Lonesome, could be on my own some in not liking this new Rolling Stones album much.

Wham-bam, stick this lot up ya, you stuffed English hams. Youthful British exuberance channels Chicago for a shot of rhythm of blues. It’s their first album and they didn’t even bother to put their name on the cover. Ding-dang ya all > it’s Mick Jagger with a Southern drawl. A gem of a record soaked in soul and Southern hospitality. 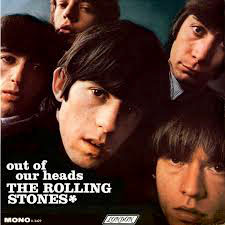 Out of Our Heads

Plenty of satisfaction with a youth anthem, songs of sultry seduction and a shot of rhythm and soul.

The first album of all Jagger-Richards songs > plenty of variety, it’s more pop rather than solid rock as the Rolling Stones shrug off their rhythm and blues roots

Contains the great singles > from brutal to ballad > upon which the Rolling Stones built their reputation. If you get only one early, as in pre-1969, Stones album > this is it 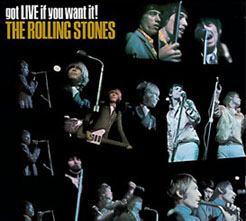 Got Live If You Want It

In the sixties the screaming, knicker-wetting girls made so much noise the Rolling Stones could hardly hear themselves play. So the music was sometimes somewhat superfluous > as is this album.

It’s all a bit trippy, this lot of sometimes drippy ditties. It was > after all > the “flower power” years. More pop than rock, more vaudeville than violence.

The Stones go all psychedelic and fail the acid test. Tripping the light no so fantastic > but two song gems. 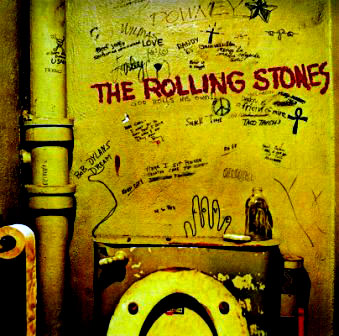 From the devil to the deep blues sea > great from start to finish. Kicks off the Stones golden era, with psychedelica dispatched for a back-to-roots bounty 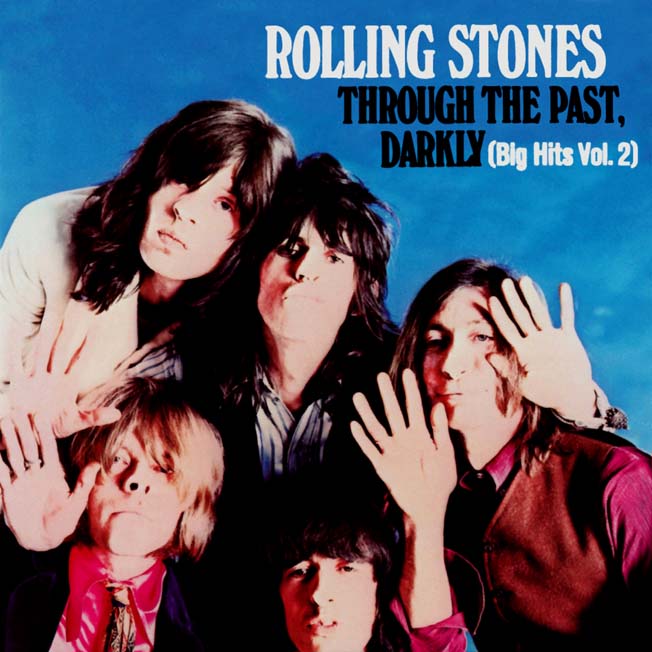 Through The Past Darkly

London ain’t no safe place to be. Rapists, manic monkey moans and a debauched raunch behind the pantry door > Let It Bleed is a rock and roll gem. 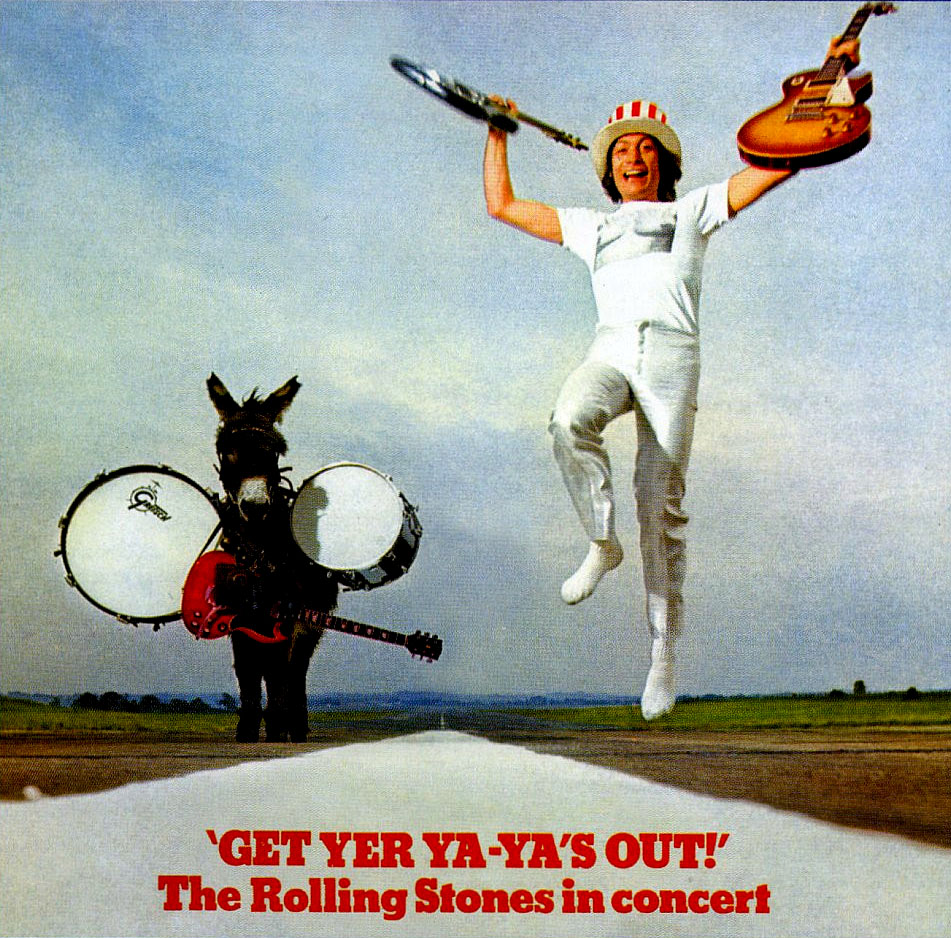 Get Yer ya-Ya's Out

Now, that’s rock for Ya. The Rolling Stones at their kick-ass live best > though the dynamism goes missing a bit on a few songs. 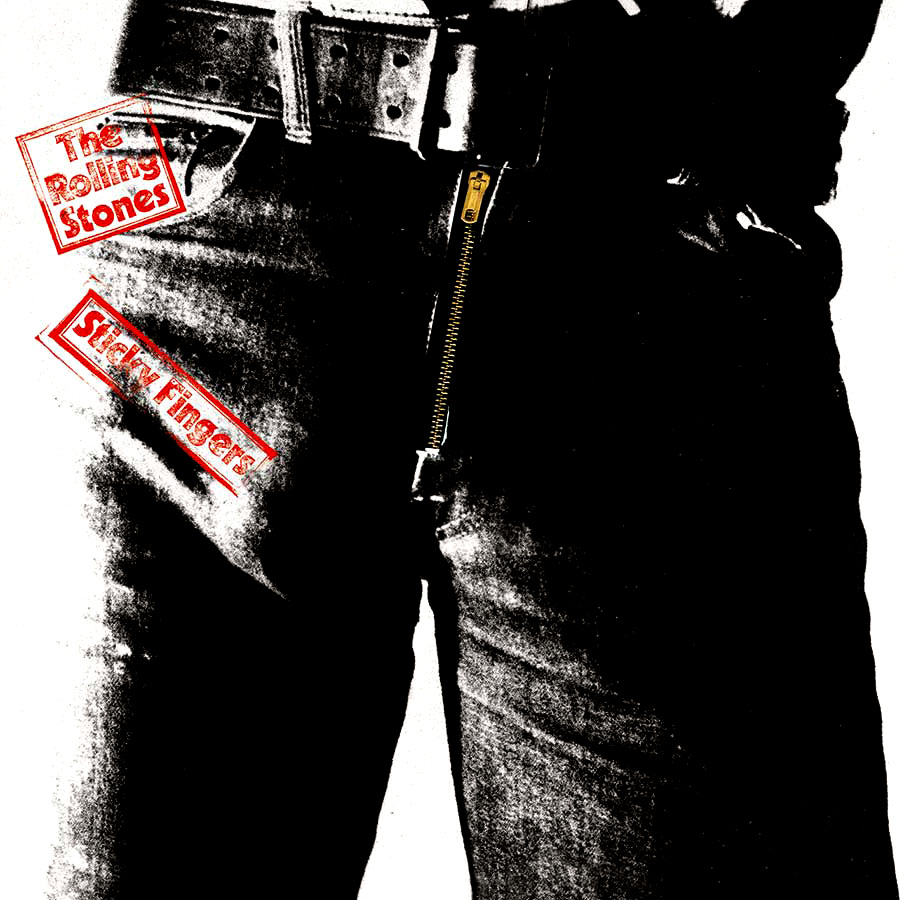 A rocking romp dripping in decadence. Made in Keith Richard's basement during a never-ending party of substance abuse